The 2015-16 NBA season is still months away but the excitement is building for what looks to be another excellent season. This comes after one of the best off seasons we have seen in a long term. Unless you might be a fan of the Dallas Mavericks or the Portland Trailblazers as well as a few other teams.

The question we would like to know like the rest of you is which team is the best team in the Western Conference. This isn’t the case in the Eastern Conference as the Cleveland Cavaliers look like the early favorite to return to the NBA Finals for a chance to bring home the teams first title. 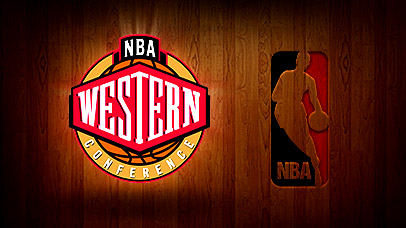 For many this might be an easy answer since the Golden State Warriors will be looking to defend the NBA title. On the other hand the San Antonio Spurs have been busy this offseason making sure their own stars return while also adding All-Star LaMarcus Aldridge and veteran David West.

Aldridge is coming off his fifth straight season averaging over 20 points a game. His numbers have been spectacular the past two seasons as he has put up at least 23 points a game to go with at least 10 rebounds a game. West on the other hand will give the team another veteran to come off the bench that can provide both scoring and physical presence on the glass.

Then you have the Los Angeles Clippers who not only managed to find a way to steal DeAndre Jordan back from Dallas but also managed to pry Paul Pierce away from the Washington Wizards. The moves kept coming on Friday as veteran small forward Josh Smith agreed to terms.

Now the Clippers have even more depth then in 2015 where a late game collapse might have kept them out of a chance to play Golden State. The team will also have All-Stars Chris Paul and Blake Griffin back in 2015-16.

The early edge looks to go to the Spurs but we could see any of these three teams making some serious noise come postseason time next season.